Watch the Official Music Video for “The Heresy” HERE 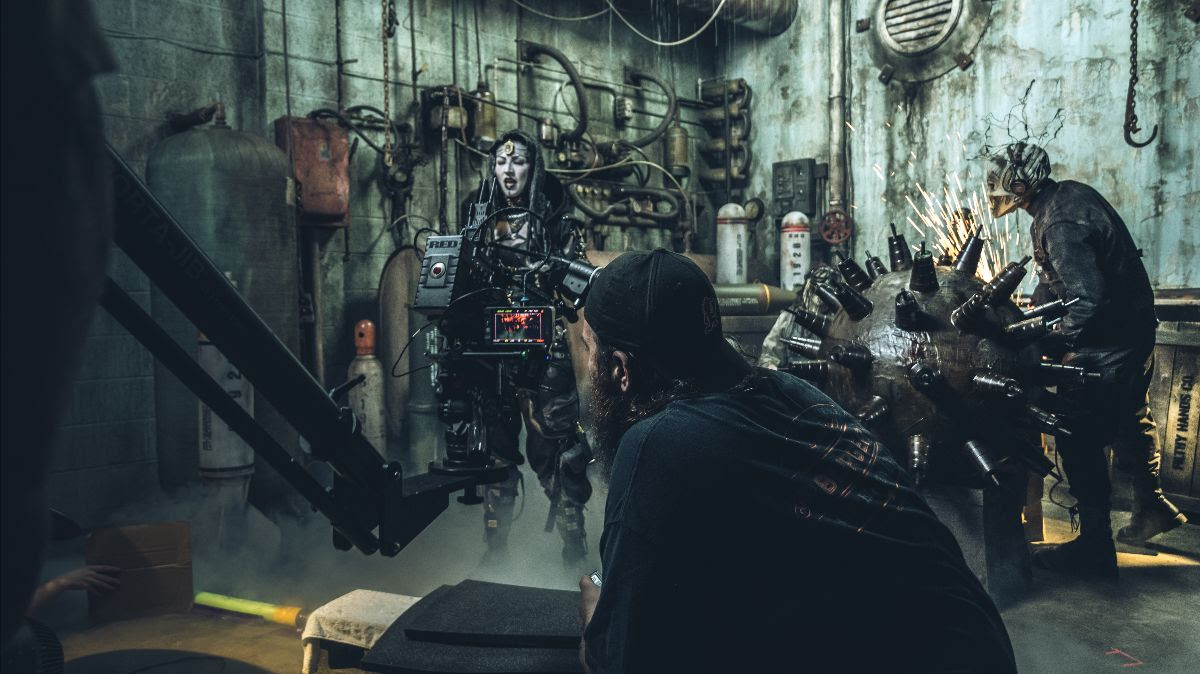 [Photo: Behind the scenes at the “The Heresy” music video shoot!]

Foster the future and nurture the land
Stitches and sutures, divisions in sand
Mass evacuations, Sanctions for land
It’s time we stand for something
Walking hand and hand

Top-charting heavy rock/metal machine MUSHROOMHEAD recently made their prodigious return with the announcement of their upcoming full-length oeuvre, A Wonderful Life – the eighth release of their benchmark career – scheduled for release on June 19, 2020 via Napalm Records.

A Wonderful Life clocks in at a whopping 70+ minutes with its four bonus tracks – leaving a total of 17 stellar compositions in its wake for fans to devour. Today – after impacting at Active Rock radio with the first of those compositions to be released, the single “Seen It All”, and garnering over a million views on its accompanying music video in only a matter of weeks – the band has dropped another official music video for a new track “The Heresy”, released last week to the acclaim of fans and critics alike.

Hair-raisingly dynamic and socially-inclined, “The Heresy” is a melodic, haunting rally cry featuring the stunning lead vocals of Ms. Jackie, which were recorded at the world-famous Abbey Road Studios in London. The new music video sees the band continue their tradition of releasing cinematic music videos of the highest quality, this time taking place inside of a post-apocalyptic bunker! Vocalist J Mann described the track as, “The soundtrack to a dystopian delirium, cinematic and surreal!”

MUSHROOMHEAD mastermind and drummer/percussionist Skinny says about the video:
“We wanted to do something a little more thought-provoking this time around. With the current state of the world going to Hell in a hand basket, we wanted to incorporate something that delivered the swift transportation of certain doom. The manufacturing of war power and the stockpiling of faith. The willful destruction of the past, the future, and ultimately humanity.”

Available in several enticing formats (see HERE), A Wonderful Life is accented by the sharp production of band mastermind/drummer Skinny, as well as the standout mixing prowess of Matt Wallace (Faith No More, 3 Doors Down), also recognized for his work on the band’s standout album, XIII.

At its start, an ominous choir invites the listener into A Wonderful Life – introductory track “A Requiem For Tomorrow” smoothly shifts into an industrial-metal inspired, grooving punch to the gut juxtaposed with a melodic, synth-laden chorus. This sets the stage for stocky, chant-worthy anthems such as “Seen It All” and hair-raising, politically-inclined tracks like “The Heresy” and “Carry On”, both featuring the sinister multi-voice attack of new full-time vocalist Ms. Jackie and returning longtime vocalist J Mann, with an extra strike from new vocalist Mr. Rauckhorst on the latter. Tracks like “What A Shame”, “I Am The One” and “Madness Within” will prove a treat for new and diehard MUSHROOMHEADfans alike – providing the macabre inspiration followers have come to crave with a weighty dose of galloping drums and bone-rattling guitars, to boot.

MUSHROOMHEAD attacks track after track with a refreshed focus, delivering a carefully-curated selection of certified future hits. A Wonderful Life re-cements the band’s position as one of the most consistently impactful heavy bands of our generation. 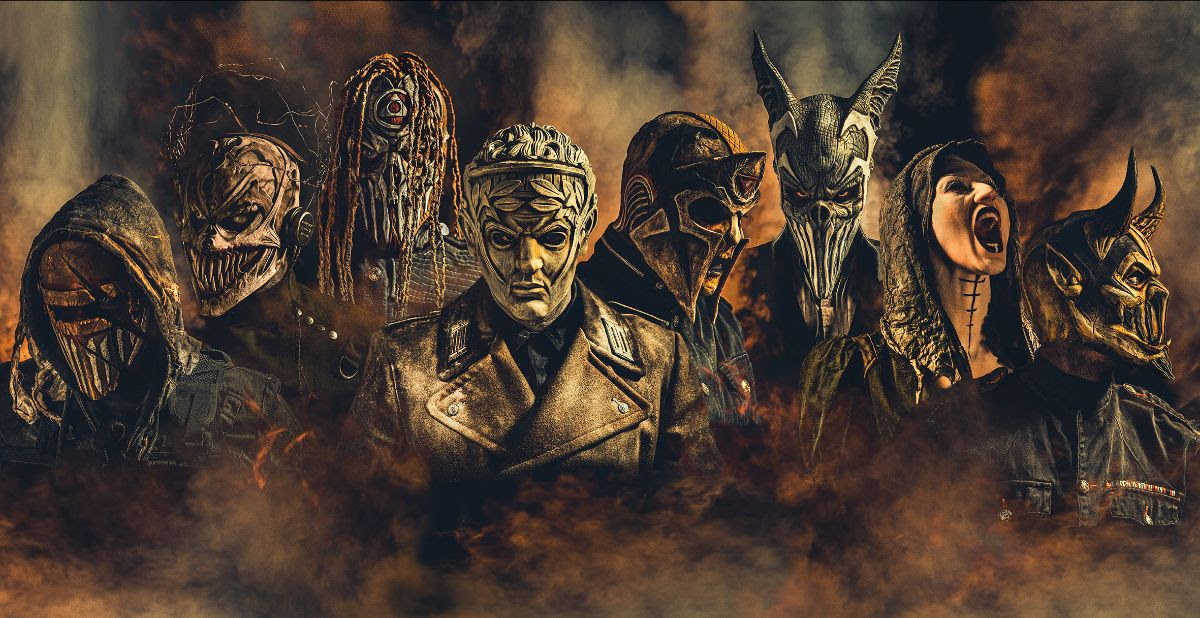 A Wonderful Life will be available for purchase in an array of formats (click HERE) – including digital, CD digipak, and black or multi-colored vinyl – as well as in exciting bundle arrangements featuring limited edition skateboards and cover art t-shirts. Plus, all first edition vinyl pressings of A Wonderful Life include a cardboard punch out MUSHROOMHEAD mask. Hurry, many formats are available in limited quantities and are going fast! 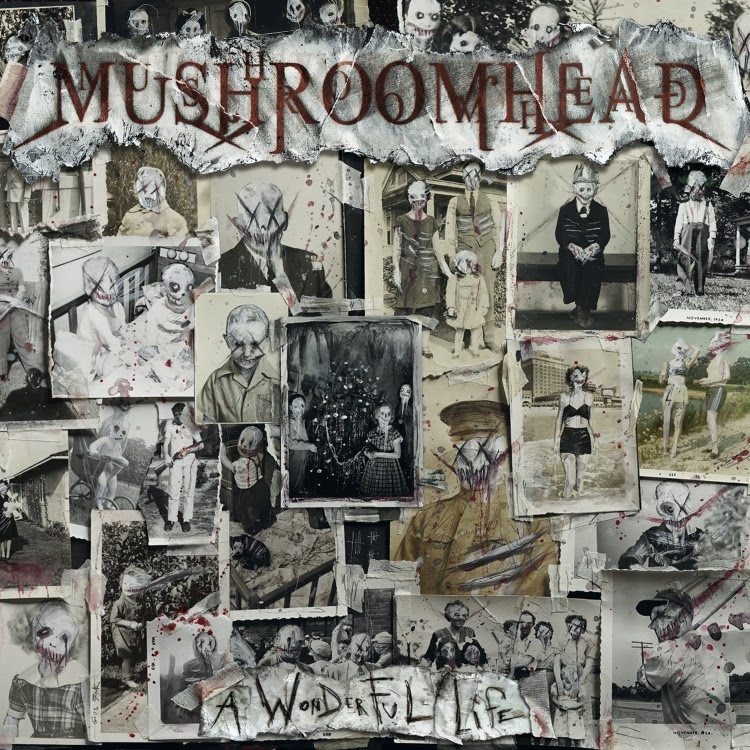